It’s not a gun

Those who get around the traps regularly would recognise photographer Steve Porte, whose work is hard to escape if you are a Phnom Penh musician.  Each weekend brings another tranche or two or three of superb photographs from the city’s stages that make them look like rock stars.  Scotty Bywater from Leng Pleng (www.lengpleng.com) sat down with Steve to get a glimpse behind the man behind the lens, who says he would rather take out his own pancreas with a rusty spoon than be photographed.

“I shoot music because of [former Phnom Penh resident] Leonard Reyes, who I knew as a photographer.  I met him days after I got to Phnom Penh, walking around on the street, and we became photographer friends.  Shortly thereafter he said, by the way, I play guitar, and we’re doing a benefit at Sharky’s, why don’t you come along at photograph it?  There I met [Sharky Bar founder] Big Mike, and in our first conversation discovered that his family in New York lives about two blocks from my daughter in Brooklyn. So Mike and I became friends, and he said: why don’t you come here and shoot music? The rest is history.”

Photography was never a career for Steve, but rather became a serious hobby.  “I picked photography up as a kid, somebody let me borrow a camera, I made a few pictures and I liked it.  I shot for a while, got away from it for decades, and came back to it maybe 15, 18 years ago.  And by that time it was all digital.  I was travelling around for work – I spent most of my adult life living outside the US – and I used the camera to occupy my days off.”

Travel led him, eventually, to Cambodia.  “My last posting was Hong Kong, which was a great city to live in and very photogenic, but the people were, in general, unfriendly.  I would escape four, five, six times a year to Cambodia for a taste of an opposite culture.  Then when I retired I decided to stay here.”

In recent years Steve has spent a lot of time photographing outside Phnom Penh, focusing on Cambodian village life, and the work of salt workers or the Cham fishing fleet in Kampot.  “In most countries, if you go to the biggest cities you don’t really get a representation of the country, the real people.  It’s the same in America and Europe.  I’m interested in documenting the life of any given country, and for me that starts with small mom and pop businesses, the agriculture industry, the food industry.  And so I find myself shooting the fishermen, the salt workers, the rice farmers, the brickmakers – all the things that are essential to the economy of the country, but not necessarily the mainstream.” 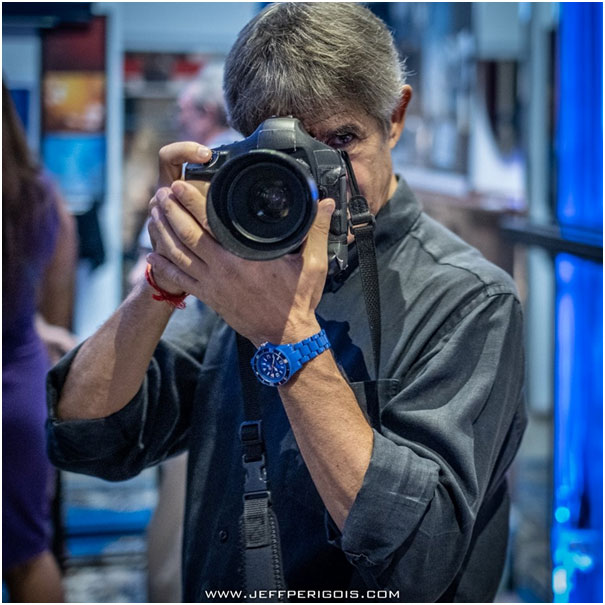 What motivates his music photography?  “I got pulled into music photography kind of by accident, but it’s fun.  I get to go out, I like to listen to music.  Some of the bands I absolutely would not listen to at home are the most interesting visually.  And it’s a nice group of people, there’s a very strong musician community, and most of the people are pretty nice.”

We all have our favourite acts – and Steve has seen a wider variety than most.  “I liked Sangvar Day before they stopped when everyone moved away.  I quite like the stuff that Arone Silverman does, the South East Asia Soul Revue were good.  I like Vanntin Hoeurn’s bands – Tin is a great performer visually.  Moi Tiet – I like them musically and lyrically.  A lot of the lyrics resonate for somebody who lives in Cambodia, and I appreciate that.  I like Hypnotic Fist Technique.  Lately a lot of stuff that Jed Robelo is involved with, and Metta Legita, her little jazz combos are really interesting musically.  Vibratone just got back together, and there’s The Schkoots.

“The Kampot Playboys are absolutely a great band.  Mostly covers, but their lyrics – I understand about half – are relevant to the location, and they’re all good musicians but they’re great in combination.  They’re loved by audiences of all ages, young and old.  And then there’s Doch Chkae – great in front of the camera, and absolutely music I would not listen to at home, but I’m a big supporter.  It’s an interesting story, these guys came from Stung Meanchey picking garbage, and now they’ve toured in Germany.  I got emails from four or five different European magazines – including Kerrang and a few I’ve never heard of – all asking for pictures of Doch Chkae.”

As far as Phnom Penh venues go, there’s a similarly wide range.  “Photography is all about light, and most of the clubs don’t have very good light.  You can use flash, which I prefer not to do, but sometimes I have no other choice.  But all of the things that make bars sometimes difficult to shoot in are also part of the character of the place – I would much prefer that character than a sterile, well-lit environment.  I like a little more grit.”

Steve has simple advice for musicians being photographed:  “Relax.  There’s a lot of really good musicians in town who are very loose and fluid on stage until you point a camera at them, and then all of a sudden they get rigid.  Some I have to sneak up on to get a good shot.  For me the best shots of musicians are them just being themselves – if people try to pose it never looks good.  Just relax, play your music and forget about the camera.  It’s not a gun.”

And by the way, the correct pronunciation of his surname is “por-tay”.

Learn German, music and filmmaking with us
Learn more

We use cookies on our website to give you the most relevant experience by remembering your preferences and repeat visits. By clicking “Accept”, you consent to the use of ALL the cookies.
Cookie settingsACCEPT
Manage consent

This website uses cookies to improve your experience while you navigate through the website. Out of these, the cookies that are categorized as necessary are stored on your browser as they are essential for the working of basic functionalities of the website. We also use third-party cookies that help us analyze and understand how you use this website. These cookies will be stored in your browser only with your consent. You also have the option to opt-out of these cookies. But opting out of some of these cookies may affect your browsing experience.
Necessary Always Enabled
Necessary cookies are absolutely essential for the website to function properly. These cookies ensure basic functionalities and security features of the website, anonymously.
Functional
Functional cookies help to perform certain functionalities like sharing the content of the website on social media platforms, collect feedbacks, and other third-party features.
Performance
Performance cookies are used to understand and analyze the key performance indexes of the website which helps in delivering a better user experience for the visitors.
Analytics
Analytical cookies are used to understand how visitors interact with the website. These cookies help provide information on metrics the number of visitors, bounce rate, traffic source, etc.
Advertisement
Advertisement cookies are used to provide visitors with relevant ads and marketing campaigns. These cookies track visitors across websites and collect information to provide customized ads.
Others
Other uncategorized cookies are those that are being analyzed and have not been classified into a category as yet.
SAVE & ACCEPT
X